Communalism is one of the internal elements which are acting against the democratic structure of Indian nation. To address such issue which is deeply related to the gender, religion, and caste and class hierarchy we need to focus on the historical perspective along with the real situation from the Modern Era of India. This essay deals with the basic understanding of communalism in an Indian context and to do that I have taken an example of the communalism within Indian society in the name of caste. Further, this article speaks about the views of various authors and researchers including social scientist, anthropologists and political representative with the views of Indian National Leader. Apart from the communalism within Hindu and Muslim religion, this topic focuses on communal atrocities against the Dalit community in India. Later it explains the causes and the consequences with the help of different classification of communalism. Indian Constitution plays an important role in the formation of a democratic structure of Indian society. Communalism is the enemy of this democratic structure which can be influenced by creating violence and spreading it in the Indian states. This topic throws light on the past experience of India relating to the communalism and compares it with the current scenario of communalism in India. At the same time, it shows the association on communal parties with communal clashes between different communal groups. The need of such different kind of focus on communalism in Dalit context shows the unconsciousness with the lack of enlightenment about the discrimination against Dalit people in the Hindu Caste Hierarchy. Later it relates the myths about the Dalit communalism with some real experiences of caste discrimination which is an account of communalism. Also, the current scenario of Dalit movement and Hinduisation of that movement by some political and community groups have been considered in this essay. For an instance, this topic of communalism not only speaks about the underlying problems between the Hindu and Muslims, but also deals with how communalisms has been experienced and tackle by the Dalit and other backward communities and how the communalism is practiced and folded into the political structure with the help of religious flavor. Since communalism is not concentrated up to two groups or religion (Hindu & Muslim); actually it’s a very vast concept having a broad framework of discrimination which is deeply rooted in the Indian Hindu culture as a part of livelihood and means of survival. On the other hand, it’s a curse for other part of the population which suffers a lot due to the internal, hideous and concealed mentality. This is the salient feature of this article of communalism.

END_OF_DOCUMENT_TOKEN_TO_BE_REPLACED 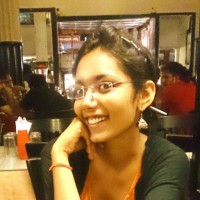